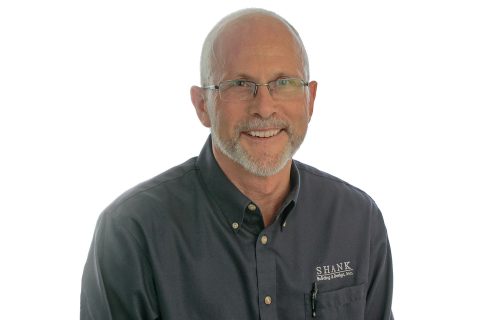 Larry learned the building trade from his father during his high school and college days in Virginia.  After earning a civil engineering degree from ODU, he worked as a project engineer and then as a manager of a pre-cast concrete business and a building supply company.  He later earned his MBA from University of Virginia’s Darden School, which led to a move for the family to Charlotte in 1999, where Larry worked in a corporate position at a manufacturing plant.  A few years later, he and Wendy decided to merge his building knowledge and managerial skills with her training in interior design, launching Shank Building and Design, Inc. in 2003.

Larry’s decades of building and managerial experience combined with his knack for operational management and logistics mean that Larry will efficiently oversee every aspect of your project.  Besides excellence in craftsmanship, Larry highly values reliability, promptness, honest communication, and follow-through.  Working with a network of trusted carpenters, electricians, plumbers, and other subcontractors, he insists on first-quality work, and a clean, safe, secure work site.

A true “hands-on” manager, Larry will also take the time to personally build and install some of your project with his own hands.  He particularly enjoys the planning and precision required by trim carpentry, one of his specialties.

The Memory of Old Jack, Berry

“Give me a place to stand, and a lever long enough, and I will move the world.” – Archimedes